Chase Coley & Pascal Colman  ( name as such because we couldn’t agree on anything else that was sensible ) has been going ( we have been performing as a duo ) since 2014. 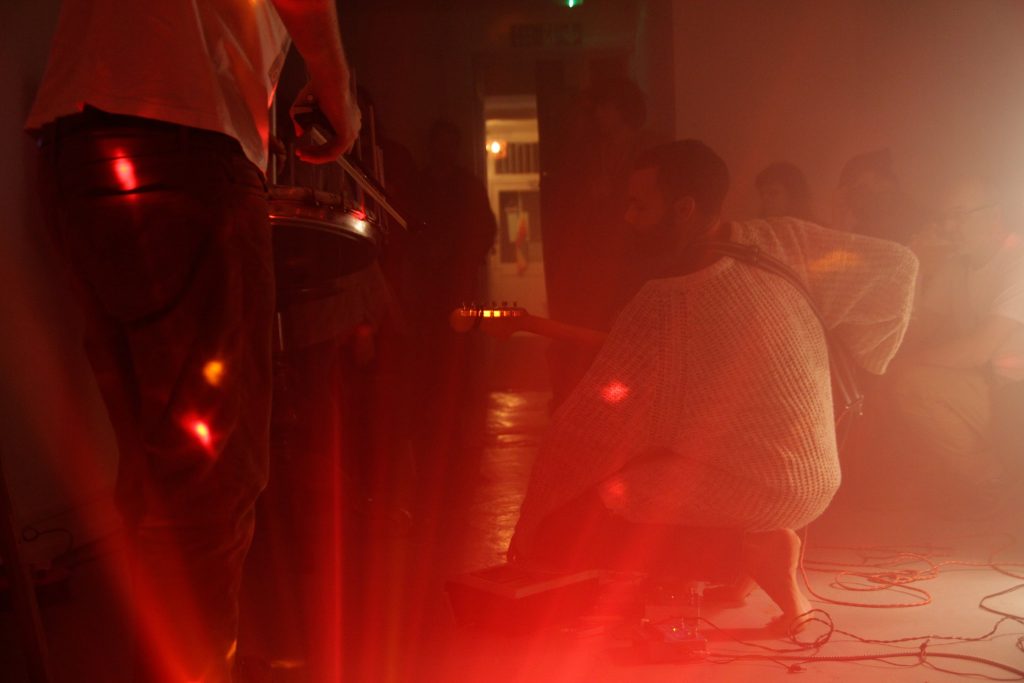 Chase makes Instruments and Pascal makes complementary mistakes on his more traditional looking but no more traditional sounding setup and together they make (we make because “i” ( pascal ) am writing this) a din / a racket / a lullaby which is  so beautifully ugly that it could almost be called music.

The resultant it  born is from the performance and takes the guise ( most of the time ) of a free form ambient collage; ambient music with teeth; waterphone cries and the gritty but beautiful blanket tones of the Long Stringed Instrument ( big up to Ellen Fullman ) sing and screech through radio interference, feedback, finger picked guitar and miscellaneous tape recordings of seascapes and bugged phone conversations. A million voices populate the it ’s ever changing soundscape and far from being overcrowded the voices coalesce and harmonize and unify till they are but one                   it.

This feels quite verbose.

We are a free improvising duo who practice a mode of non-idiomatic improvisation that doesn’t sound       ( to my knowledge ( for better or for worse ) ) like much else that is out there.

Since 2014 we have done a huge number of performances and exhibited our work ( ourselves ) across London and the UK in spaces such as Iklektik and festivals such as Supernormal ( where we hid out like wildmen in the woods and haunted whoever had the ( mis ) fortune of chancing upon us ). In January 2019 we started embarked on a series sessions in a church in rural Kent. Just short of two years later we have an EP and an LP.

horror music you can sleep to chase coley & pascal colman, 2019

The project has been in a dormant state since the release of ‘Husband Material’ with Chase working to realize his dream of establishing a museum dedicated to the study of crabs and Pascal working on his writing in the shed at the bottom of his parent’s garden.