‘as of yet untitled’ is an installation which utilizes the ambience of its exhibiting space as a tool to coerce participants into a state of listening / present moment focus.

The work is comprised of four microphones and four loudspeakers. Each microphone records the ambience of each day onto disk which is then played back, through its corresponding speaker the day following. The process then repeats resulting in a layering of successive ambiences and a present day soundscape that contains ( audibly ) the soundscapes of all the days prior. 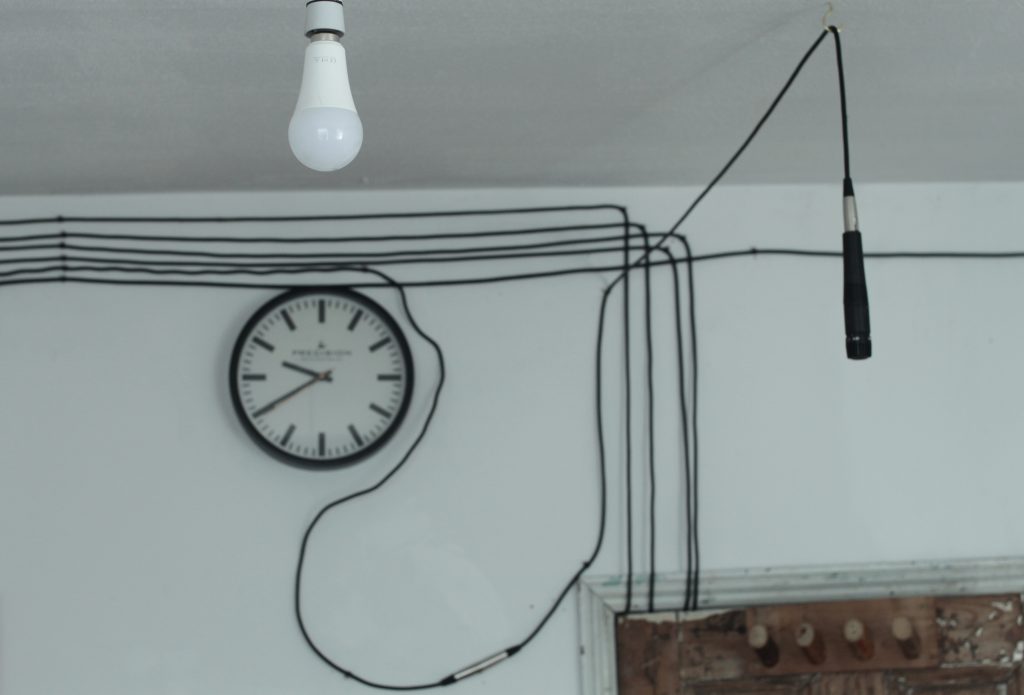